A 30 year old male with no relevant previous medical history, consulted in the Emergency Room with a 1-month history of a sleep disorder with daily somnolence, adding 3 days before consultation temporal and spatial disorientation. Family members also referred hyperphagia. The patient didn’t present headache, fever, behavioral manifestations, or any other systemic or neurological signs or symptoms. He denied recent trips or vaccination.

It was concluded that the patient had an Anti-Ma2-associated encephalitis.

3  months later, the patient consulted in the emergency room for anterograde amnesia. A new brain MRI was done, showing improvement of the hypothalamic lesion but with bilateral hippocampal hyperintensity without contrast enhancement. It was interpreted that the patient had now added an anti-Ma2-associated limbic encephalitis. A new full body CT scan was done, showing new retroperitoneal adenopathies despite chemotherapy. The patient received immunoglobulin 2g/kg and started a new oncologic treatment, with modest clinical improvement in the following months.

A new brain MRI was performed a year later, showing only slight hyperintensity in the right wall of the third ventricle in T2/FLAIR sequences and no contrast enhancement.

Anti-Ma2 antibodies are usually present in men with testicular tumours, and they may be accompanied by a paraneoplastic syndrome including limbic, diencephalic or brainstem encephalitis. Brain MRI shows hyperintensity in the midbrain, diencephalon (thalamus/hypothalamus) or temporal lobes in T2/FLAIR weighted images, with almost half of these lesions presenting with contrast enhancement. CSF regularly has inflammatory changes.

Clinical presentation usually varies according to the region affected, and these patients tend to  have a good response to oncologic and immunologic treatment, with stabilization or even clinical improvement .

Even though this is a rare entity, it is important to consider it as a differential diagnosis in cases of young men with  midbrain or diencephalic lesions, since its early diagnosis and treatment could hinder its progression. 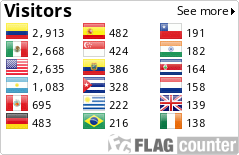