The considerable increase in computation of the optimal control problems has in many cases overflowed the computing capacity available to handle complex systems in real time. For this reason, alternatives such as parallel computing are studied in this article, where the problem is worked out by distributing the tasks among several processors in order to accelerate the computation and to analyze and investigate the reduction of the total time of calculation the incremental gradually the processors used in it. We explore the use of these methods with a case study represented in a rolling mill process, and in turn making use of the strategy of updating the Phase Finals values for the construction of the final penalty matrix for the solution of the differential Riccati Equation. In addition, the order of the problem studied is increasing gradually for compare the improvements achieved in the models with major dimension. Parallel computing alternatives are also studied through multiple processing elements within a single machine or in a cluster via OpenMP, which is an application programming interface (API) that allows the creation of shared memory programs. 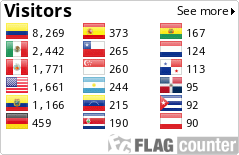